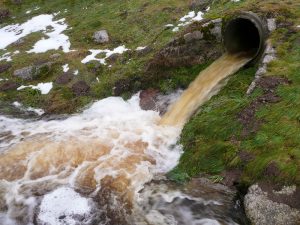 Summary: Florida is currently facing an environmental crisis which affects its water supply, Estuaries and Coastal areas due to nutrient-rich fertilizers and pesticides from sugar growers which feeds into and then runs-off from Lake Okeechobee thru man-made canals not designed for this type of water discharges. Re-engineering the water run-offs from Lake O South to the Florida Bay would be the ideal solution, returning the Everglades to its original flow. Converting commercial and residential lawns to synthetic grass, especially those with direct run-off into coastal waterways would also be a very effective step to combating this critical statewide issue.
Florida’s environment is at a critical state, returning the Everglades to its original estate would be a mandatory requirement for our Governmental officials both at the State and Federal level. Fertilizers, pesticides and herbicides continue to be used with its unintended consequences of runoffs into our waterways all year round, and the depletion of its aquifers through saltwater intrusion due to lack of fresh water in the Everglades filtering into our Florida Aquifer. To top all of that off local wildlife is suffering from insecticide poisoning. A major thread between all of these problematic events is water conservation. The use of unrestricted watering of residential lawns, golf courses and other commercial installations of natural grass are adding to the environmental crisis. Florida’s ballooning population compounds and magnifies all factors. 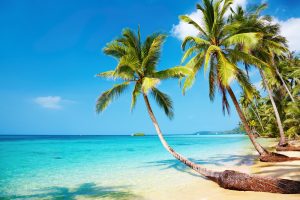 It’s easy to gauge the environmental calamity the state is facing just by researching facts, keeping informed by attending local environmental meetings and keeping up with reputable news referencing this issue locally. One story that frequently makes front page headlines is the algae bloom. Fertilizer runoff from commercial farms, big sugar, and residential neighborhoods make their way into the water in such a significant and consistent rate that algae bloom occurs. These toxic algae kill marine life and directly affects our economy as we are a tourism-based area which depends on selling our beaches.
Another dreadful piece of news that keeps on circulating is the saltwater intrusion into the Floridan aquifer. One reason this is happening is that it’s being overburdened by an expanding population that uses a third of their water supply to water their lawn as well as the above-mentioned water not draining through water dispersion from Lake O to the Southern Everglades. It’s utterly indefensible to deplete the aquifer to ensure that there are emerald green lawns across the state. Also, a significant concern is cities such as Deerfield Beach who refuse to allow Synthetic Grass in their City, this despite multiple reports, studies, tests and other favorable effects of Synthetic Grass Installation benefits provided to the city planner, commission and mayor wholly discarded without logical explanations. This must change soon, and this can be easily affected by citizen input and pressure on these officials.

“Decades of too much pumping and draining to provide both drinking water and flood control leave South Florida susceptible to “saltwater intrusion” – when the ocean moves in and contaminates underground freshwater sources.”
Miami Herald

The final crux in all of this is the poisoning of wildlife is by insecticides, as a result of insecticide runoff polluting marine habitats and spraying food sources with pesticides. No one could argue that a decline in Florida’s wildlife is a fair trade-off for perfectly manicured lawns.

“The United States Fish and Wildlife Service estimates that over 670 million birds are exposed to pesticide on farmlands in the United States, and that about 10% die immediately as a result. This does not include those that are sickened and die later, eggs left unhatched, or nestlings left to starve…Farms are not the only source of pesticide poisoning, of course, as pesticides are a common element of suburban landscape maintenance, too.’’
University of Florida IFAS Extension 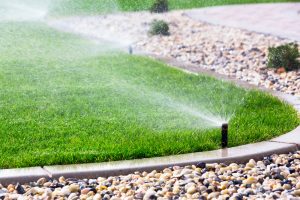 Current landscaping water restrictions are not enough when the state has massive population growth. If Floridians genuinely want to do something for the land they love so much, they must do something that will eliminate the use of water for both commercial and residential natural grass. After all, the water in both aquifers is becoming more precious by the day. Is it reasonable to continue to tap into them to water golf courses and lawns? If future generations of Floridians matter, then the answer must be no. If it’s important for people to wake up to the song of the mockingbird, then Floridians must say no to natural grass lawns. If Florida is to continue to be a paradise like no other, then Floridians must say no to pumping fertilizers and insecticides into the water.
While the state’s environmental problem is multifaceted and has many causes, one of the solutions is a more effective way to conserve water statewide, and that begins with the installation of synthetic grass in both residential and commercial areas. Replacing lawns, golf courses, and sports fields with artificial turf would conserve an incredible amount of water and eliminate insecticide and chemical fertilizers seeping into the state’s fragile environment. This is possible because synthetic grass does not need to be watered or sprayed with fertilizer or pesticides. 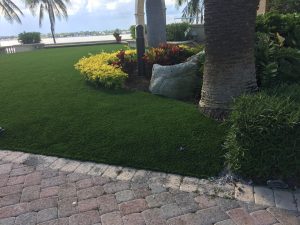 Orlando Buitrago is the owner of Durafield, a synthetic grass installation company in Deerfield Beach and is ready to partner with local and state governmental agencies to create an initiative for impactful water conservation across the state of Florida. The installation of synthetic grass is just one possible solution. He’s ready to spearhead this initiative and champion successful solutions for the problems Florida’s environment faces.
The following news outtakes highlight the possible catastrophe if no one does anything for Florida’s environment.
“Because houses and malls drink a lot more water than farms and forests, what they found was eye-opening: A dramatic, and currently unsustainable, demand in the state’s most heavily populated areas, including South and Central Florida.”
Miami Herald
“We are concerned the future looks very dire for water in Florida,” said Cori Hermle of the Florida Department of Agriculture and Consumer Services.
Politico.com
‘Meanwhile, discharges of polluted fresh water from Lake Okeechobee and polluted local runoff water from the St. Lucie and Caloosahatchee watersheds have caused blooms of blue-green algae in downstream estuaries on both coasts.”
Phys.org
References:
Staletovich,J (2016). Will Florida have enough water by 2070? https://www.miamiherald.com/news/local/environment/article114998253.html
Miami Herald Editorial Board (2018). Invading seawater jeopardizes South Florida’s delicate drinking water source, but we can lessen the threat. https://www.miamiherald.com/opinion/editorials/article212844644.html
Ritchie, B (2016). Report shows Florida’s dire water needs with population growth even with some conservation.
https://www.politico.com/states/florida/story/2016/11/report-shows-floridas-dire-water-situation-with-population-growth-even-with-modest-conservation-107357
Havens. K (2018) What is causing Florida’s algae crisis?
https://phys.org/news/2018-08-florida-algae-crisis.html
Capinera, J.L. (2011). Insects and Wildlife.
http://edis.ifas.ufl.edu/in881
Watersense (2006). Outdoor Water Use in the United States. https://www.gswsa.com/gswsa_public_site/userfiles/file/Outdoor_Water_Use_Fact_Sheet.pdf

Get a Free Estimate Today!